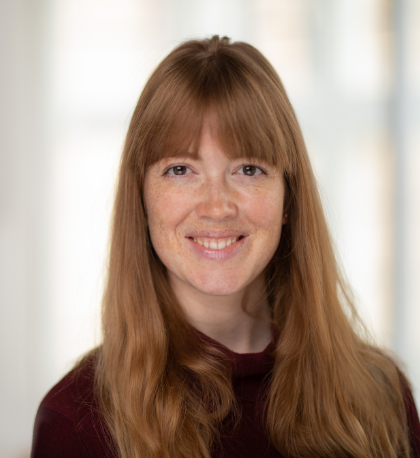 Feeding the world Silicon Valley-style: Place, promise and the future of protein

In 2013, Microsoft co-founder Bill Gates declared food was ‘ripe for reinvention’. This call to action coincided with growing interest and investment – including by Gates himself – in a new high-tech entrepreneurial movement attempting to replace conventional meat and milk with plants and cell cultures. Global headlines heralded the world-saving and ‘disruptive’ promises of these alternative proteins: the ‘future of food’ had arrived, and the high-tech start-up culture of Silicon Valley was leading the way. But what does it mean to reinvent food Silicon Valley-style? What is promised from this so-called disruption, who will benefit, and what might remain undisrupted? In this talk I focus on the relationship between promise and materiality as a key mediator in the formation of this emergent food tech industry. I explore how the promissory power of alternative proteins has become entangled in places, bodies and things, and is reimagining what is considered possible in building sustainable food futures. This entanglement of narratives and materialities is, I argue, key to understanding the food futures that alternative proteins might deliver – as well as those they’re closing down – and more broadly what it means to look to Silicon Valley as the makers and saviours of our collective planetary future.

Alexandra Sexton is a Leverhulme Early Career Research Fellow in Geography at the University of Sheffield. Her research examines the geographies, politics and histories of food innovation, with a focus on high-tech meat and dairy alternatives.

She received her doctorate in Human Geography from King’s College London in 2017. She also holds an MSc in Nature, Society and Environmental Policy (University of Oxford), an MSc in Medieval Studies (University of Edinburgh) and an MA Hons in Classical Studies (University of Edinburgh). Prior to her Leverhulme Fellowship, she was a Postdoctoral Research Associate on the Wellcome Trust-funded project ‘Livestock, Environment and People’ (LEAP) at the University of Oxford. She worked within the social science team and led research on the framings and innovation geographies of alternative proteins.

Alex has published widely within geographic and multi-disciplinary journals, including in Transactions of the Institute of British Geographers, Economic Geography, Trends in Food Science and Technology, Frontiers in Sustainable Food Systems and Gastronomica. She is particularly interested in the ways that notions of edibility, novelty and ‘good’ food become established, as well as how they change. Her research also investigates the changing economic geographies of food innovation that alternative proteins have prompted in recent years, with a particular focus on the relationship between place and the cultures of ‘doing’ innovation.

Alex has conducted advisory work on the future of protein foods for the UK Government, World Economic Forum and members of the European Parliament. She has lectured widely at international conferences, think tanks and public festivals, including at the EAT Stockholm Food Forum and the Hay Festival. She is a Council Member for the Food Ethics Council in London and a co-founder of Cultivate, the first UK-based non-profit group that supports informed, multi-voiced dialogue about the emergent field of cellular agriculture from UK perspectives. With her Cultivate colleagues, she has published multiple peer-reviewed open access papers and hosts an annual conference on the topic of cellular agriculture. She is a regular contributor to media and industry discussions on the future of food, including a recent BBC Minute video on cultured meat.

Her current research explores the implications of alternative proteins for rural landscapes and livelihoods in the UK, and considers what role, if any, these technologies might play in a just protein transition for UK agriculture.